We can’t let them be — cathedrals, blockbusters, poems, pictures, statues, songs. They demand words from us.

Here are just a few of the books that have been playing on my mind in 2017. 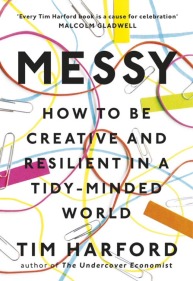 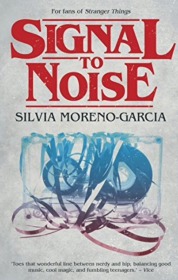 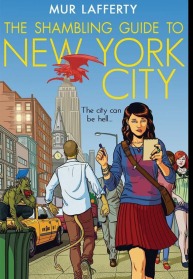 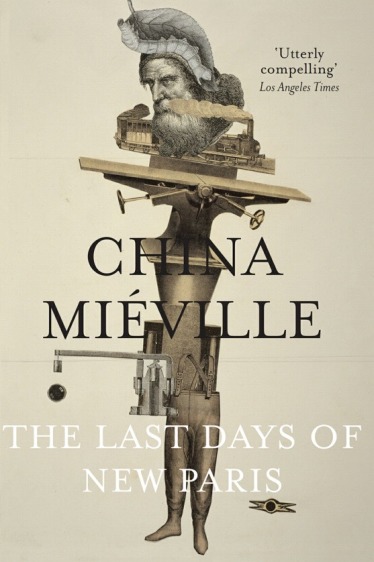 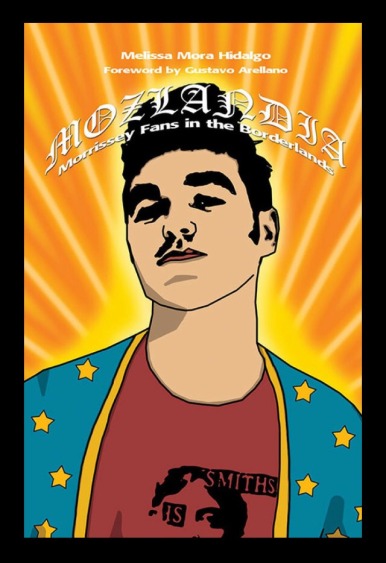 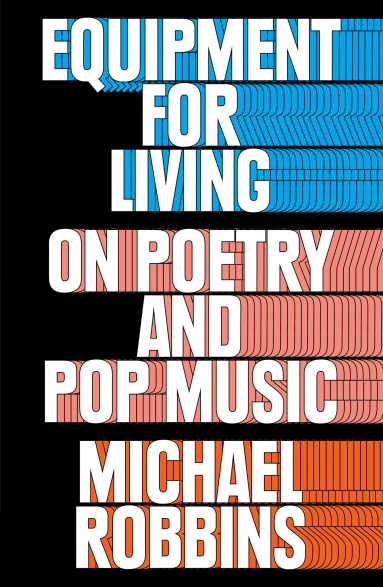 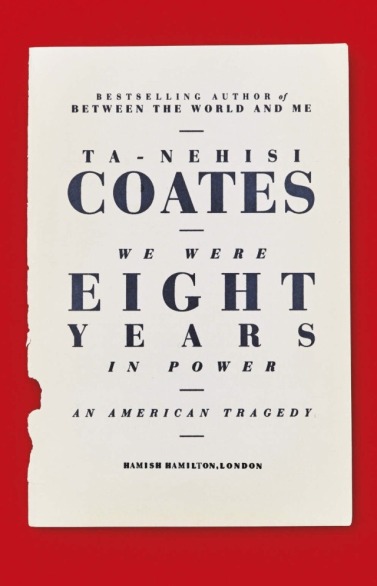 The Books That Rocked 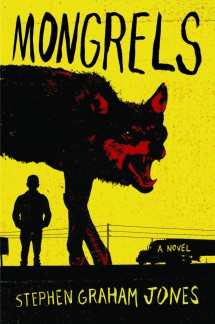 I’ve been hungry so long for the kind of book which blends kitchen-sink realism with the supernatural, but I’ve never found one that sits at the sweet spot for me.

Jones’ novel, a coming-of-age story about a boy born to a family of impoverished werewolves roaming the southern United States, does the job. It’s wondrous, dark, and strange.

It speaks of poverty and identity – Jones is a Native American author – and the tale he tells is brutal and fascinating. When I stumbled on it, it was like finding a book you’ve always dreamed of, finally materialising in the real world. 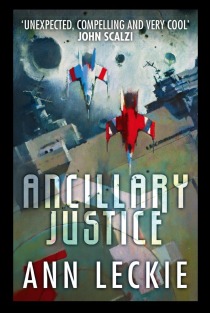 I’m always late to the party, eh. Definitely the case with Ann Leckie’s acclaimed Ancillary Justice, which deserves a #notenoughscifi post all of its own. In some distant future, an intelligent, unimaginably powerful spaceship is destroyed and manages to preserve its consciousness in the animated body of a dead woman, at which point it sets out on a grim journey of revenge.

Leckie delivers a thoughtful account of colonialism, a fascinating and fractured take on identity, and an exploration of gender that is as concerned with linguistics as it is the physical body. Made me think of Samuel Delany and his Sixties sci-fi.

Ta-Nehisi Coates, We Were Eight Years In Power 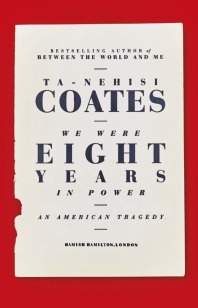 Working in postcolonial countries like Australia and New Zealand has forced me to think more about racism than I ever had in my life. The American writer Eula Biss helped shape my thinking, and her books On Immunity and Notes from No Man’s Land are guiding stars for me.

In one of her interviews, Biss describes the need to confront her own whiteness as something that is dangerous, which has been a useful approach for me. I’ve also had my thinking shaped by Beth Nowviskie’s excellent 2016 lecture on Afrofuturism in academia, “everywhere, every when“. Still, that’s me turning to white writers for guidance. Maybe that’s right insofar as anatomising whiteness and committing to antiracism is important, but I also needed to hear more non-white voices writing on these and other issues.

Coates is one of the most celebrated essayists working in the US right now. I value his refusal to offer easy solutions or messages of hope regarding our current situation. I value making the acquaintance of North American history through him, and his erudition, the opportunity to explore the books he references and the writers on whose shoulders he stands.

He’s also great on the process of writing, and the importance of curiosity. This sentence perfectly conjured something that’s haunted me for years:

[W]henever I nodded along in ignorance, I lost an opportunity, betrayed the wonder in me by privileging the appearance of knowing over the work of finding out.

We Were Eight Years In Power, Coates’ collection looking back over the Obama presidency, comprises pieces I sometimes saw first time round in The Atlantic, but of course this journey appears very different in the light of last year’s election result and all that has happened since. His introductions to each piece capture what it feels like to look back through the looking-glass from 2017.

Dungeons & Dragons was my first literature–that and hip-hop. Can't escape who you are. https://t.co/4088krGQY1 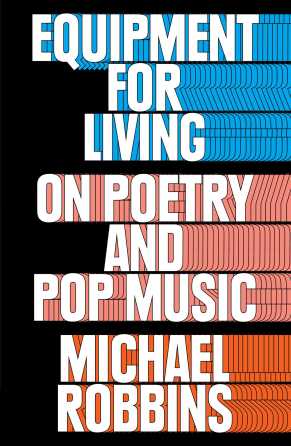 The book which gives this post its name. In a year of dancing and musical keynotes, of Beowulf and Beyoncé, of course a title like this was going to leap out at me from the bookstore shelves.

I don’t get on well with music criticism, largely, but US poet Robbins surprised me.

I think it was when he got on to talking about metal that I really warmed to it; his writing, his criticism, is fun:

In fact they are phrases culled from Dylan Thomas’s poems — except that I threw two actual metal bands in there. Didn’t notice, did you? The best metal undercuts its portentousness with self-awareness — if your major tropes include corpse paint and Satanism, you’d better not take yourself too seriously.

Metal doesn’t sound evil. Evil has no particular sound. Metal doesn’t sound fascist – the camp commandant listening to Beethoven in the evenings has become a cliche […] Greil Marcus wrote that Zeppelin’s music “meant to storm Heaven, and it came close.” That’s a definition of metal I can live with, or at least of metal at its best[.]

(Side note on music writing about metal: I have to recommend Laina Dawes‘ superlative What Are You Doing Here?: A Black Woman’s Life and Liberation in Heavy Metal).

The Books That Worked

I read some stuff for work too. It was just as much fun as the books above. Again, only the highlights here. 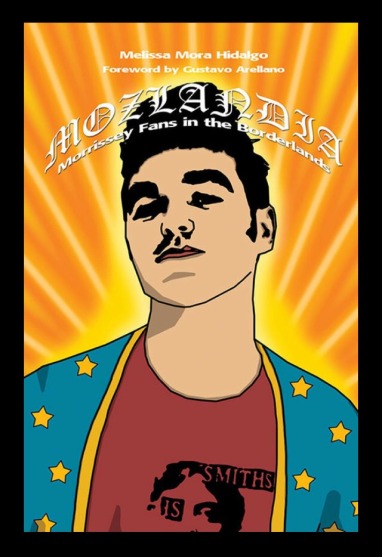 Argh, Morrissey. How good are you at separating an artist from their art? While Steven Patrick Morrissey has been drifting rightwards for twenty years, and comes out with some spectacularly unappealing public statements nowadays, his music and iconography has an unusual, more intriguing afterlife – especially in Hispanic communities in the US.

his name is morrissey pic.twitter.com/0hbGSIkhRm

Mel Hidalgo’s book about Morrissey fandoms in the Mexican-American borderlands has been hugely influential on my work this year, shaping contributions to the LIANZA and IAML conferences, plus almost every workshop I ran since I read her work.

I learned about the concept of the “long fetch” in cultural history, revisited works like Gloria Anzaldúa’s Borderlands/La Frontera in a new light, and was introduced to the video for the song, “Ouija Board Ouija Board”.

Joan Sims as a medium, Kathy Burke as a ghost, and Moz himself suffering a supernatural swoon, what’s not to like? 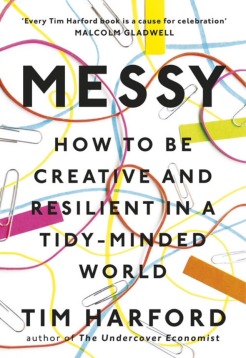 I bought copies of this book for a bunch of executives, managers, and colleagues at both the State Library of Queensland and the University of Southern Queensland this year.

Harford, of the BBC’s More or Less podcast and the Financial Times’ Undercover Economist column, looks at when it pays off to be messy, unstructured, and unpredictable – not just in arts-and-culture contexts but also forestry, healthcare, finance, and more besides. Fascinating, accessible, and practical.

The Books I Failed

Not every book clicks for every reader every time. My phone, my shelves bristle with stuff which I bought or borrowed, sure to read, and never got more than a few pages into. 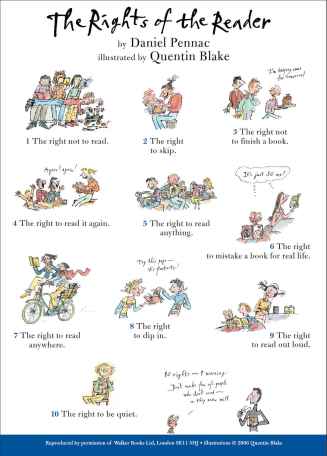 I’m a firm believer in Daniel Pennac’s “Rights of the Reader”* (as well as being a big fan of his weird, underrated novel The Dictator and the Hammock).

*In fact, I’m quite interested in the possibility of adapting these rights for other services, programmes, activities, and experiences…

Thankfully Pennac’s manifesto includes the rights not to read, to skip, and not to finish a book.

Anyway, here are the books that I didn’t get on with this year. Not the ones that bored or disappointed me, but the ones that nag and trouble me for going unread. It’s not their authors’ fault but mine. And their time may yet come.

Silvia Moreno-Garcia’s Signal to Noise is an unusual urban fantasy about mixtape magicians who work wizardry using pop music in Mexico City. I keep starting it but not getting anywhere, but I couldn’t tell you quite why. That’s probably why I’ll return to this book & why I’m bothering to mention it here.

It amused me when the cover mutated on my Kindle app, as they repackaged the novel to make it appeal more to Stranger Things fans.

Creatures out of surrealism pressed into the service of the French Resistance – a weird blend of Doom Patrol and Army of Shadows?

I like Miéville’s work and his comic book reboot of Dial H for Hero was satisfyingly weird and troubling, but my attempt on this book has plodded to a halt somewhere around the halfway mark. How can you get 52% of the way into a book (thanks for the stats Kindle) and then let it slip by the wayside? 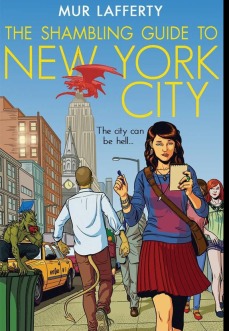 I used to write travel guides & as you will have noticed, I love weird stuff, so this, the first in a series of novels about a travel writer whose audience is the secret world of mythic, monstrous creatures was incredibly appealing to me.

Yet I barely got two chapters in.

Lafferty is awesome, so I’ll doubtless be giving this another crack in 2018.

Anyway, that’s me and the books that have worked for me, rocked for me, and puzzled me when I’ve stalled on them. What have you been reading – or failing to read – this year?