Each day this week I’m looking at works of science fiction and fantasy which I think might be useful for organisations, institutions, companies and communities who are trying to get ready for the shape of things to come.

Yesterday we looked at stories about colonialism, labour, and the international order. Today? Spies and mongrels, gender, work, and poverty.

Could the love child of Len Deighton and H.P. Lovecraft write biting commentary on the kind of dull office jobs so many of us work in now? It looks that way from Charles Stross’ Laundry series, which offers a droll vision of a British secret service department dedicated to dealing with the occult.

The series is about to reach its seventh instalment: what began as a light-hearted genre mash-up, with individual books deliberately tipping the hat to the likes of James Bond and Modesty Blaise, has gradually become a dry account of the pain and compromise involved in climbing the management ladder of any public service.

Yes, there are zombies and space Nazis, brain-eating ancient horrors and killer violins, but these are really only there to add tension and spice to Stross’ depiction of the deep frustrations we all feel when office politics and bureaucracy stop us from getting a job done.

Stross, a former pharmacist and IT professional, is a compelling adventure writer, but his real genius lies in refusing to let the stories exhaust themselves in cathartic wish fulfilment. Whatever victories our heroes win against the forces of darkness, we never feel that they have escaped a world as murky and mundane as cold forgotten tea. 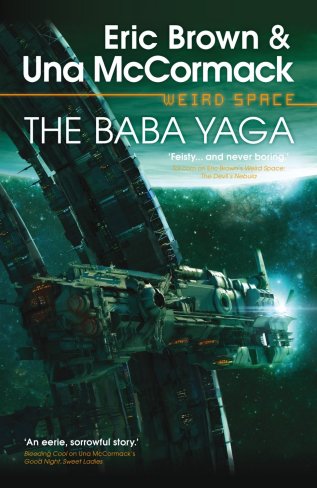 Something similar happens with a very different kind of intelligence agency in Una McCormack’s The Baba Yaga, a space opera set in an interplanetary society which has just experienced a devastating terror attack.

McCormack offers unflashy genre adventure which simply takes it for granted that women are powerful, complicated, active characters, that they are heroes and more than capable of driving their own narrative. Where mainstream action heroes usually struggle with daddy issues (think of Luke and Darth!), McCormack puts motherhood front and centre, with a notion of heroes-as-family which is less patriarchal.

The wonder of The Baba Yaga is that it feels as if the novel has drifted across from a parallel world which takes it for granted that action-adventure is the business of women.

If space opera is too far out for you, bring things back down to Earth with Stephen Graham Jones’ superlative Mongrels. Its narrator is a young boy being raised by his uncle and aunt in relative poverty, wandering the states of the American South. 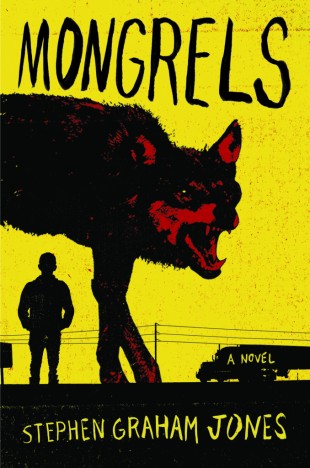 Born to a family of werewolves, the unnamed narrator takes us from childhood into his teens, as he and his kin move from town to town, taking odd jobs, scrabbling to survive. A bloody coming-of-age fantasy which eschews lore and mysticism for an unsentimental look at family life, Mongrels is really a way of talking about poverty and being an outsider in the rural US.

I’ve long dreamed about a literature that blends grit, wit, and stardust – somewhere between Roddy Doyle and Clive Barker? – and for me, Mongrels is it. It’s the fever dream of wild outsiders, stuffed with rage, hope, frustration, and glory.

Stay tuned for more sci-fi and fantasy tomorrow. You’re probably still not reading enough of it. And if you’ve got more suggestions, do let us know!