These days, it can feel as if reason, facts, and truth themselves are under assault. As if the institutions and professions – the academy, journalism, research, librarianship – which have allowed many of us to understand and discuss the world on common ground are beleaguered.

In pop culture, can we find new ways of imagining these figures for the coming world? Do science fiction, fantasy, and the study of our society overlap and can this overlap help us?

I’ve just finished a couple of books which turned out to converge in weird and useful ways: William Davies’ Nervous States: How Feeling Took Over the World and Una McCormack’s production history and critical response to a 1980s BBC TV serial, The Curse of Fenric.

Davies’ book explores the decline of trust in experts, facts, and statistics, and the accompanying rise in a politics driven by passionate, “irrational” emotions and identifications, in a time when “knowledge becomes more valued for its speed and impact than for its cold objectivity, and emotive falsehood often travels faster than fact.”

Tracing contemporary notions of truth, expertise, and public administration to the Enlightenment, Davies points out how objectivity came to be created and valued in the context of a specific political system. 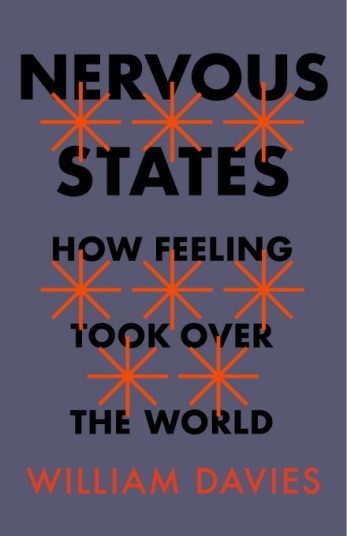 Collecting data, and developing systems for reliable and consistent discussion of that data, enabled the growth of both scientific knowledge and technocracy – that is to say, expertise deployed in the name of policy. Objectivity and expertise gave the nation-state the ability to monitor, analyse, and intervene in the lives of its population, and as long as this delivered improvements to citizens’ lives, it was largely accepted.

However, Davies argues that mounting inequality and dissatisfaction in the developed world means that the technocratic model is losing credibility. An objective indicator of progress like the employment rate or GDP may grow, but citizens perceive their lives to be less healthy, happy, and prosperous than others who are benefiting more from the current political system. Populism and denialism, empowered by new forms of digital communication, articulate and exploit that grievance to challenge the power of reason and truth.

It is not that barbarous, alien forces have overrun a citadel of truth and reason – it is that political power is once again openly entwined with feelings and emotions, and popular sentiment is being harnessed to stoke conflict and address grievances.

Technocratic endeavours are failing to make people feel that they are living their best possible lives in current circumstances, or that they will get the best possible prospects in the future. The ways of organising society which enabled expertise and technocracy are crumbling in the face of economic, social, and technological change. In an increasingly combative age, the supposedly impartial expert is forced to reflect on the foundations of their expertise, and recognise that no edifice is guaranteed to stand for eternity.

If we accept that facts matter, that the wider world is still out there – that it is something we need to learn from and understand together, that reality is not beholden to our whims or our denials, that medicine and engineering and all forms of specialist knowledge are still of value in these turbulent times – then we need to radically rethink the way we understand and share expertise.

The economist Tim Harford argued as much in his 2017 article “The Problem with Facts“, a discussion of the fake news phenomenon.

The Problem with Facts – my #LongRead on fact-checking, fake news and coping with post-truth politics: https://t.co/OulOyxcygR

Recognising that “journalists and policy wonks can’t force anyone to pay attention to the facts. We have to find a way to make people want to seek them out”, Harford began to imagine the means by which people’s curiosity about the world could be restored – curiosity being the antidote to a world where people wish for reality to conform to their own prejudices, desires, and denials.

Thinking of figures like Carl Sagan, David Attenborough, and Hans Rosling, Harford dreams of a new kind of expert,

somebody who can create a sense of wonder and fascination not just at the structure of the solar system or struggles of life in a tropical rainforest, but at the workings of our own civilisation: health, migration, finance, education and diplomacy.

And when we look across to the world of make-believe, perhaps we find such a yearning waiting for us too.

“Where might we find strength in an age when the old grand narratives are collapsing, and older, less rational superstitions seem to walk the Earth again?”

Una McCormack’s book explores one of the last serials from the original run of the BBC television series Doctor Who. The serial features the show’s protagonist, the time-travelling Doctor, in an encounter with an ominous, apparently supernatural foe. In the latter days of World War 2, as a Russian commando unit attempts to steal a British codebreaking machine, dangerous creatures from the distant past and future converge to wreak havoc in a plot spanning generations.

McCormack explores how the Doctor – a figure embedded in televisual folklore, a wanderer and adventurer more keen to use their wits than their fists – slowly transformed from a figure of reason – a scientist, an expert, albeit a roguish and itinerant one – into a more mythical humanist figure.

She writes of how the last stories of the show’s original run focussed ever less on the scientist-hero debunking superstition or dispelling unreason; instead, the Doctor of the late 1980s “participates in the myths used, rather than seeking to explicate or demystify them on a rational basis”.

McCormack argues that the show becomes a vehicle, instead, for a kind of humanist

myth: one which values human existence and agency, and resists dogma or superstition, but not by presuming the primacy of reason.

Instead, irrational and uncritical beliefs are interrogated, rather than exorcised, by the protagonist and their allies; superstition and cruel powers are held at bay by recognition of our common humanity and faith in one another.

McCormack makes the old television show speak to the concerns of 2018. Its setting, at the tail end of the Second World War with Soviet and British troops covertly struggling to assure their own dominance in the coming peace, denies viewers the traditional comforts of “good” Allies versus “bad” Nazis.

By entangling the supernatural plot with an attempt to steal a codebreaking machine, it combines irrational powers with the forerunner of today’s communication technology. And by resolving its central conflict through personal relationships, mutual recognition, and collective action, the show suggests that no single worldview will save us all. Our only hope is to acknowledge one another, even across lines of conflict, and act together.

Old episodes of Doctor Who might seem a world away from the urgent political problems outlined by Davies and Harford, but those enduring television shows are also a place where we dream of the wider world, its problems and their possible solutions. 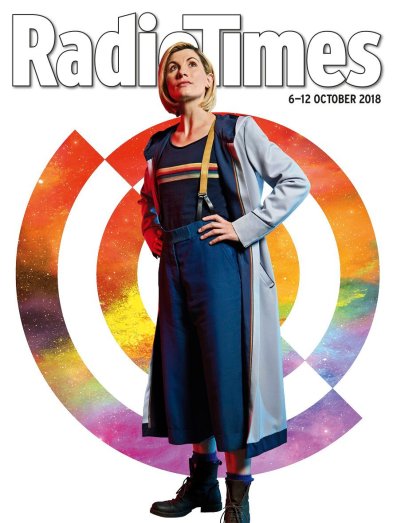 The Doctor still entertains families more than fifty years after first appearing on our screens, now in the form of a woman – and she is the folk hero of wonder and curiosity in the televisual age. Her transformation from an authoritative 20th century creature of reason into something more humane, flexible, collaborative, and critical may tell us something about the routes available for expertise in 2018.

And those children watching her adventures week after week? They’re going to be the ones solving the problems of the world yet to be made, so the stories they are hearing are vital.