Adele Walsh, aka Snarky Wench, runs the Centre for Youth Literature at the State Library of Victoria in Melbourne.

Adele’s one of my writing heroes because she used her blogging skills to shift from a career as a schoolteacher to a dream role as champion of youth literature in one of the coolest and most hipsterious* cities on the planet.

After I blogged on the unexpected joys of copywriting, I started to think of other writing careers that don’t focus on the ‘hunched over a desk cranking out a Great Novel’ model, and Adele came to mind.

There’s a lot of waffle written on the Internet about following your heart and living the dream – but Adele really did find a way to turn her passion into her career, using her writing skills as a springboard.

That doesn’t mean heading to your nearest comic book store to cuddle an individual engrossed in a graphic novel. Geekery is passion without apology, usually with a singular focus. My geekiness has always been wrapped up in stories, whether in book or film form. While I went the traditional, employable route of teaching as a tertiary education choice, I sub-majored in children’s literature as a flight of fancy. Keep a grip, whether loose or monkey tight, on the things that you love.

2. Surround yourself with imagination

There is no better way to tap into imagination than plonking yourself in a classroom of young impressionable minds. I taught in regional and disadvantaged schools for eight years immersed in their enthusiasm, pure unadulterated boredom, and sparky moments of brilliance. Even when I was unaware of my passion, they were informing it. Teaching wasn’t a step on the way to a goal – it was crystalline moments of influence on me as a person.

3. Curiosity may have killed the cat but it will keep the boredom at bay

Teaching in regional towns was taxing in terms of my professional responsibilities to the students, parents and the school, but I had a lot of downtime.

I read with the help of my trusty library card. And played SimCity. And bought many films and television series on DVD. Without realising it I was diving deeper into the creative process, criticism…and the joys of rebuilding an earthquake affected virtual city.

Once I had access to the web I discovered podcasting and immersed myself in discussion of film makers and graphic novelists, as well as fans’ exploration of process and pop culture. I became an active member of forum boards and read fan fiction.

I had married my geekery. 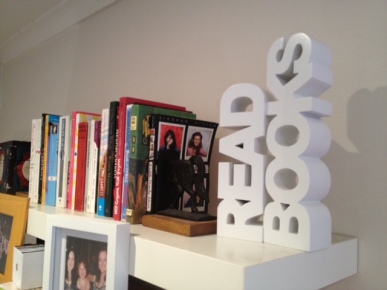 I love reading – always have. It has never been an effort for me, rather a joy and a privilege. In 2008 I started teaching students from non-English speaking backgrounds in a school that was financially disadvantaged to the point that there was no library. I was an English teacher without books.

The first year was tough. The public library and Scholastic book fairs were utilised but the library was still two lonely shelves. So I took some initiative… My time spent in remote communities and endless hours online brought forth the idea to start a youth literature review blog. Australian young adult (YA) writers were receiving no media coverage at that time so I pitched publishers with the idea that sending me review titles was 1) benefiting the children and 2) an opportunity to shine a light on their authors. The pitch worked. Within a month I was receiving titles to review on Persnickety Snark and the library was growing.

My geekery was helping my kids.

Sometimes eagerness and enthusiasm can whisk you away into a territory you don’t want to be. I was receiving so many review copies that I was reading and reviewing a book a day over a number of months. I didn’t want to let the publisher down for their generosity and I wanted to review well.

My brain short-circuited somewhere in that time and I was unable to read for a month.

Don’t get too wrapped up in what is happening. Step out every now and then. Perspective is necessary for clarity.

My students were happy. Parcels were delivered daily and their library was taking shape. My blog was developing an international following, authors knew who I was and publishers were asking permission to use lines from my reviews in their marketing material.

This was incredible but the goal was the library, everything else was gravy.

7. Change is as good as a holiday

Or in my case – both. In 2010 I was offered the opportunity to teach in a small town in Japan. My need for adventure butted heads with the growth and recognition of Persnickety Snark. In leaving Australia my blog would inevitably suffer as review titles would not be received and I would be out of the YA loop.

I decided to go anyway.

My blog was always a means for my students’ library and in going to Japan my central motivator was removed from the equation. I had to re-examine my purpose. I still loved reading YA and interviewing authors so that would be the goal.

Reviewing wasn’t an aspect of the blog that I considered my strength. It was a means to an end – books for the kids. Pernickety Snark built an audience due to my candour, not because of my review writing ability. My strengths were my love for the genre and my honesty – people responded to that.

In Japan I spent more time honing my critiques of youth literature. I reviewed less but thought more deeply. Living abroad allowed me to realise that I wanted YA books to be my life.

8. Treat those as you wish to be treated …and you could end up in Penguin USA

Blogging is equal parts writing, engaging with an audience, and developing a community. Through blogging I had developed friendships with fellow bloggers, librarians, authors, and publishing personnel. Friendships based on what we read and our lives outside of the online community. Genuine connections were made with no intent other than friendship.

When I had a two week break from my Japanese teaching position I decided to head to New York City. While there an author took me into Penguin to sit in on an online marketing meeting for her to-be-released title. I also met with the YA online marketing manager about my thoughts on book blogging and strategy for their titles.

Until that moment, I had not thought that I had something to contribute. Sitting there at that large table, eating a pretty sandwich, I realised that the past two years of reading, reviewing and tweeting had enabled me to develop a new skill set.

In my last few months in Japan I saw the Program Coordinator role advertised at the Centre for Youth Literature, State Library of Victoria. The dream job.

It’s a daunting phrase, ‘dream job’. So daunting I immediately stopped using it. I didn’t want to jinx myself.

I read the position description and decided I wasn’t qualified. It wasn’t until a few people contacted me suggesting I should apply that I took another glance at the criteria.

I was uniquely qualified. Teaching English to teens, administration experience from my stint as Acting Principal, and finally my blogging (social networking, online content delivery, networks, etc.) all came together to form the skill set of a Program Coordinator.

I spent a week on that job application.

A job only three people knew I was applying for.

A job I thought I would never get.

I have never been so relaxed, or so prepared for an interview.  The interview itself was fun – I had placed no pressure on myself as “the dream job” had never been the goal.

My geekery is now my career. Reading YA, talking YA, speaking to authors and professionals and programming events to entice teens to read books for joy are all essential facets of my role. It incorporates everything I have learnt from teaching, administration, reviewing and blogging. Even my podcast and fanfic history was useful.

I am the sum of my experiences, experiences not in the pursuit of a goal but from a need to immerse myself in my geeky love for books. A passion that fits my organisation and its goal of getting teens enthused about reading and finding the right book for them

I get to do what I love. Bring great books to teens and excite them with story.

And it only took ten steps.

There was no end goal. Money, career, etc. were not motivators – knowledge was. If there is one piece of advice, that would be it. Explore and delve into your area of interest with the goal of expanding your knowledge and understanding.

Find out more about the work of the Centre for Youth Literature at their website. You can also find a great interview with Adele Walsh online at Melbourne’s TENANT magazine.

7 thoughts on “Guest post: Adele Walsh on blogging your way to a dream job”