I’m working in a library at the moment, so here’s three quick stories for Banned Books Week, the US-led celebration of our freedom to read what we want.

These all come from the research of the State Library of Queensland’s resident banned book specialist, Joan Bruce.

The Queensland Literature Board of Review was formed in 1954, and banned forty-seven publications in its first year of operation.

Right at the top of the list was this romance comic, Love Illustrated No.9: 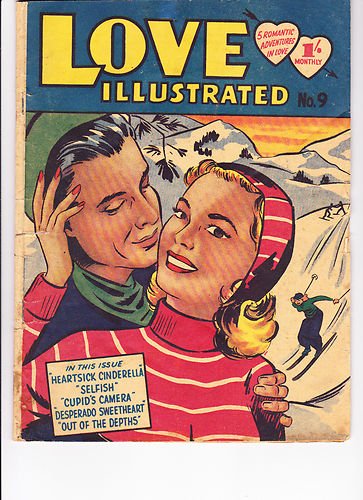 Queensland censors felt that “even outwardly ‘harmless’ comics” would have a “generally unfortunate effect on the child mind”:

These help to cause mental laziness, can have a narrowing effect on the mind at a period of life when the mental horizons should be expanding and destroy self-expression, have a bad effect on speech construction, and create a false sense of values by causing amusement from actions which are unkind and untrue.

The State Library of Queensland’s Joan Bruce speculates on the reasons that Love Illustrated No. 9 was so offensive, and tells more about the state’s “Objectionable Literature” legislation here.

In the 1970s and 1980s, Rona Joyner was infamous as a campaigner against social education courses and literature which she saw as “un-Christian and subversive” – including The Old Man and the Sea and To Sir With Love.

Among the courses she managed to ban were MACOS, a study course based on the work of psychologist Jerome Bruner. MACOS apparently included games based on reindeer migration and an activity where students divided up a paper seal in the manner of a Netsilik Inuit ritual.

Joan Bruce, once again, has the full story of Rona’s war here.

Not all book-banning and censorship is about prurience.

This is Queensland Hansard No. 37 (1917) #BannedBooksWeek pic.twitter.com/kEEmuP98TB

Queensland Hansard 37 was published in 1917, as the record of the proceedings of the third session of the Queensland Parliament.

At the time, Prime Minister Billy Hughes was pushing hard for the right to conscript Aussies into World War 1. He was opposed by Queensland Premier T.J. Ryan.

In a parliamentary debate, Ryan spoke out against attempts by the Federal government to censor objections to conscription – so the Prime Minister directed his censor, Captain Joseph Stable, to confiscate all copies of Hansard with a record of Ryan’s speech. 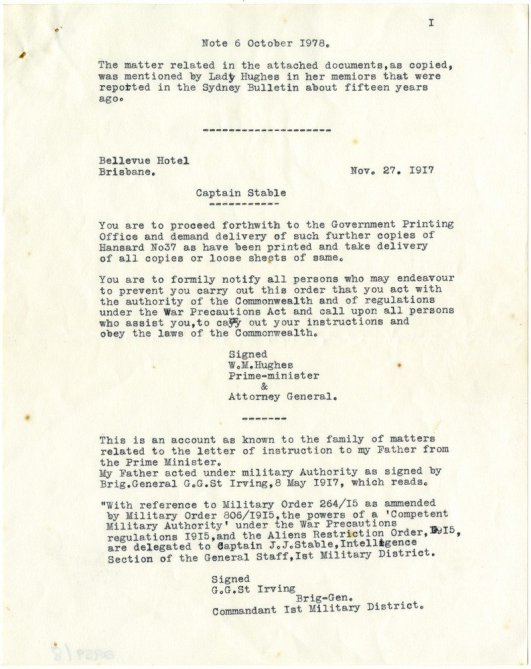 Queensland police prevented Stable from entering the State Government Printing Office, so the censor went to Victoria Barracks and returned with a troop of armed soldiers.

At this point, Ryan evidently thought better of pitting his own cops against Commonwealth soldiers, and the censor was granted entry. All but three copies of Hansard 37 were destroyed.

Billy Hughes didn’t get away with it, though.

You can find the documents via the State Library’s Stable Collection – and there’s a good account of the story here.