I’ve been thinking about where we go next.

It’s a big part of my job, which essentially has two sides.

One of them is connecting and coaching people to bring their own bright ideas to fruition: finding resources, partners, and opportunities for them to realise marvellous initiatives.

Another part is scouting out the unmarked territory, the unknown spaces beyond service models and strategic visions, the opportunities we hadn’t even considered yet.

That includes using speculative fiction, sci-fi, and fantasy as a way of thinking about how things could be different…and what comes next.

I’ve been collecting examples of people using science fiction in this way on social media using the hashtag #NotEnoughScifi. Back in March I spent a week blogging about books which might inspire people to think differently about the future of their organisations, their communities, and the world around us.

In July, the New Yorker ran a feature on SciFutures, a firm which purports to offer “better business through sci-fi”.

The New Yorker account tells us that the firm has a “network of a hundred or so authors […who write] customized stories for the likes of Visa, Ford, Pepsi, Samsung, and NATO” – a process they call “corporate visioning.”

That business looks interesting but it doesn’t go far enough from what I see. It doesn’t turn its clients themselves into storytellers but consumers of others’ stories. This kind of speculative work should not be so much about a story as finished product, but rather a process or a way of looking at the world: the business of “let’s pretend”.

In the last few years I’ve used storytelling games and roleplay to help health workers and librarians think about the future of their professions and recognise how they will need to adapt as circumstances change.

After coaching, staff were then able to devise and test their own speculative approaches to the future – such as Professor Matthew Molineux’s time travel activity allowing students to compare the past, present, and future, of occupational therapy.

These practical activities come from an applied way of looking at speculative fiction: one which sees it not as prediction but possibility, which recognises that our dreams of the future are always grounded in what has already happened.

Futurism is anticipatory history; they’re intimately linked. It’s critically important as a futurist to understand what happened in the past

I like how it was put by the science fiction author John M. Ford. Ford is not widely known but he’s well respected: no less than Neil Gaiman called him “my best critic … the best writer I knew.”

In a 2002 interview with Strange Horizons, Ford said:

SF is not about the actual consequences of technological change, because we can only make informed guesses about that. (Some of those guesses turn out astoundingly accurate, but sometimes you pick the right number at roulette, too.) What it is about — its utility, for those who must have utilitarian fiction — is its premise that there will be consequences, mostly unexpected; the world will be different.

Even more implausible science fantasies such as Doctor Who’s TARDIS are useful to us: not only is the magic time-travelling box a great metaphor for the library as vehicle in the realm of knowledge & culture, but as Adam Roberts points out in an essay for the British Film Institute’s Days of Fear And Wonder, time travel in modern science fiction is a fantasy of narrative control.

Libraries are the TARDIS on your streetcorner,a gateway to all human knowledge & dreams #NLD15 http://t.co/SvFOZSKWMC pic.twitter.com/Nphs6Z5gPy

That is to say, time travel stories offer a dream of being able to write or rewrite our histories and biographies. In that way, it’s not so far from strategic planning or service design after all. It’s the wish that, when the world changes, we’ll be able to turn that change into a story which is good for us.

I want these processes and the resulting visions to reflect the messiness of real life.

I want them to be about what we feel and experience, not just what we choose to measure.

Which is why next time we’ll be talking about games, japes, and John M. Ford’s Star Trek novels. 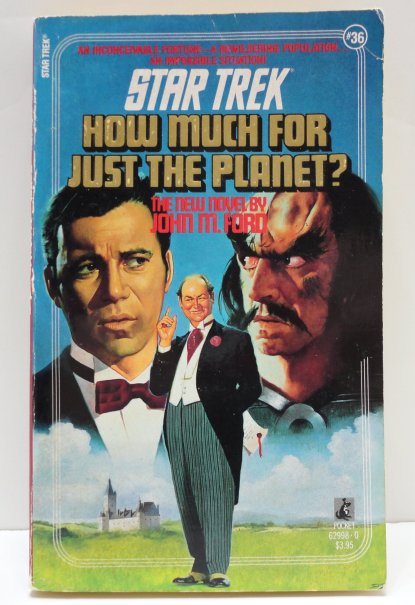