We come to the final instalment of this series on the forgotten but brilliant science fiction writer John M. Ford.

Over the last few posts, we’ve looked at how he made nifty comedy out of the Star Trek franchise, and how his interest in games allowed him to lend nuance to the usual goodies-vs-baddies-in-space shenanigans when he was playing in other people’s universes.

We also thought about why thinking science-fictionally matters when we try to find new ways of doing things for our communities, our organisations, ourselves. And we considered how good ideas move between the world on the page and the world beyond it.

I wanted to end by coming back to Ford’s actual life in Minneapolis. END_OF_DOCUMENT_TOKEN_TO_BE_REPLACED

I started reading obscure author John M. Ford’s Star Trek books recently and I was blown away by how good they are.

I mentioned this online and other Ford fans started coming out of the woodwork:

Then I picked up a rulebook for a roleplaying game – GURPS Infinite Worlds – to research a time-travel-themed event I’m working on with a client.

Of course, whose name did I find among the co-authors?

Ford wasn’t just a novelist or poet – he also worked on role-playing games, devising scenarios and background material that other people could use to play out their own stories.

The past couple of years I’ve been working on ways to use such games for professional development, so I was pretty excited to have Ford come back into my life so soon.

Not only did he work on Infinite Worlds – a time-travel/parallel universe setting which, as the title suggests, can encompass almost any other scenario or genre – but he created an award-winning caper for the game Paranoia, and a manual for people who wanted to play as the traditionally villainous Klingons in the Star Trek game.

And here’s where we come back round to Ford’s novels, and to the making of fun and brilliant things in the cracks and spaces of big-money enterprises.

Here is where we talk about The Final Reflection. 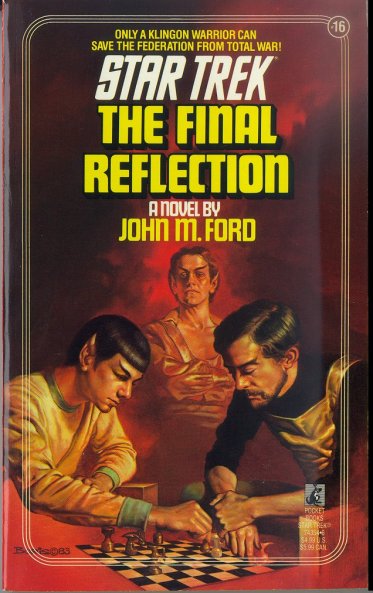 END_OF_DOCUMENT_TOKEN_TO_BE_REPLACED

Life is messy. The structures and services we design need to reflect that.

Creative responses to the world resist programming and procedure. You have to be flexible when you seek to address the challenges of this uncertain, unpredictable existence.

And if you’re going to plan and scheme a better future, that process should be intellectually stimulating, exciting: fun, even. Because if a vision of the future doesn’t engage, convince, and inspire, how are you going to make it work?

END_OF_DOCUMENT_TOKEN_TO_BE_REPLACED

I’ve been thinking about where we go next.

It’s a big part of my job, which essentially has two sides.

One of them is connecting and coaching people to bring their own bright ideas to fruition: finding resources, partners, and opportunities for them to realise marvellous initiatives.

Another part is scouting out the unmarked territory, the unknown spaces beyond service models and strategic visions, the opportunities we hadn’t even considered yet.

That includes using speculative fiction, sci-fi, and fantasy as a way of thinking about how things could be different…and what comes next.