To consume media today means using the same tools and skills as it takes to produce; the device in your pocket is capable of both and its platforms are built with this in mind. This is a profound shift, even from the assumptions that underlie the web, and it’s a landscape in which, superficially, the book does not seem to have an obvious place.

In the latest edition of his newsletter, marginalia, Australia’s Simon Groth describes the closure of if:book Australia, the Brisbane-based “institute for the future of the book” which explored new forms of literature and the changing relationship between writers and readers in the digital age.

if:book projects included a book written and published in just 24 hours, the live-writing event series Memory Makes Us, the N00bz project which saw writers take up tools and formats which were strange to them, the “remixed memoir” collection Lost in Track Changes, and Hunted Down, another “remix” of short stories by nineteenth-century author Marcus Clarke.

Simon’s elegaic piece recounts his journey with if:book as “one of being swept up by larger shifts in current that made it possible—if only for a brief moment in time—to create interesting experiences and opportunities for a small number of writers and readers to engage with each other”.

The anxieties and excitement around digital literature in the 2010s, back when some thought that “the ebook spelled the end of civilisation as we know it”, created an opportunity for the if:book community to surf for a while on some of the more challenging and remote parts of Australia’s literary coastline. No matter how many people were standing on the shore to bear witness, those surfers know what they achieved. The tricks and techniques they discovered will continue to teach all of us who are interested in the future of the written word, both digital and physical.

Its various project sites have all vanished, their domains no longer point to active sites. Its social media accounts are deleted. If not for the Internet Archive, there would be almost no online evidence that any of it had happened. Maybe this was how it was meant to be. Memory Makes Us had already anticipated disappearance as the logical end for digital literary projects. Such is the nature of the web and digital media more broadly: the threat of data rot is much more aggressive and immediate than the slow degradation of the page.

[…] Ten years on from its initial flurry of activity, its bold charge to explore and investigate how technology was set to expand our conception of the book, all that’s left of if:book Australia is a collection of printed, bound pages.

See more about Simon Groth’s work, and the projects he ran for if:book Australia, at his website.

The British novelist Jasper Fforde joined attendees of the Brisbane Writers Festival in Queensland, Australia to explore the creation of plausible, intriguing imaginary worlds in a half-day workshop.

Fforde is known for eclectic genre-bending novels including the Thursday Next series, which follow the exploits of a woman who is able to cross the boundary between literature and her reality.

I was interested to see if Fforde’s work could be useful for strategists and foresight professionals trying to craft evocative visions of the futures we might inhabit. Although his stories tend to be set in wild and comic universes, his workshop had more than a few nuggets of wisdom for people trying to imagine futures they could strategically act on.

END_OF_DOCUMENT_TOKEN_TO_BE_REPLACED

Hard even to know what to say about a year like 2016. So much upset and upheaval in the world, but I’m still hopeful for the shape of things to come.

It’s been hectic, but productively so, for us here at the State Library of Queensland. I worked with teams on public projects like Human Library and the Scrub Turkey sessions, adding oral histories from TV chef Bernard King and Doctor Who‘s Janet Fielding to our digital collections, and encouraging digital experiments like the State Library’s remixable comic maker and Ozofarm game.

I also got to partner with a number of outside organisations, including healthcare agencies and allied health professionals across Queensland, from Metro South Health Board to the occupational therapy students of Griffith University. A long-held desire to explore the difficult field of ‘death literacy’ came to fruition with a panel discussion for Brisbane’s inaugural ‘Deathfest’ last month.

I also got to work with the Brisbane Writers Festival and various other events across Australia on devising alternatives to the usual conference formats of panels and presentations.

There was even time to interview some personal heroes like the Kransky Sisters, Matti Bunzl of the Vienna Museum, and the makers of Danger 5. This was part of exploring a different corner of Queensland life every week at Marvellous, Electrical, a project that will return in 2017.

Until then, have a good break. 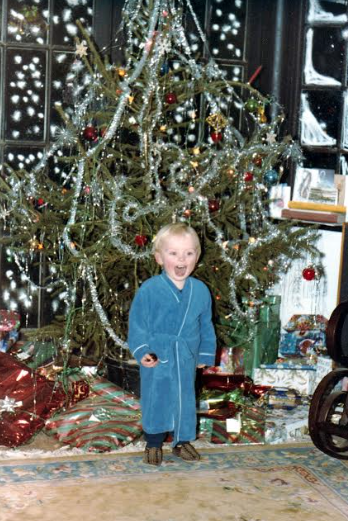 On Sunday, I hosted the Science and Belonging panel at Brisbane Writers Festival.

Scientists Tamara Davis and Maggie Hardy joined writers Ellen van Neerven and Maree Kimberley for a conversation about their work and the crossovers between art, science, storytelling, and identity.

We wanted the people attending our event to be participants, not just an audience – so I helped the library devise an “anti-panel” session inspired by our Broadband and Heritage workshops earlier this year.

In the “anti-panel”, the audience split up into four groups. Each group got to spend ten minutes in conversation with each of our four guests. At the end of that forty-minute session, we held a plenary panel where our guests reflected on the discussions they’d had, and more questions could be fielded from the floor.

The aim was to change audiences’ experience at a festival panel from “sitting watching VIPs have a conversation, with maybe a few questions at the end” to full interaction and engagement.

Our tools weren’t digital devices or social media apps, but wheelie chairs and a stopwatch.

The experiment in event design was part of a broader conversation I’ve been having with David Robertson around audience participation and public engagement. You can read more of his work at the Beyond Panels website, a great one-stop shop for alternative event formats.

2: We Need To Talk About Kelvin

The 2016 Brisbane Writers Festival will be notorious for Lionel Shriver’s controversial keynote, which challenged notions of cultural appropriation, and the powerful response to it from Yassmin Abdel-Magied.

Festival organisers quickly organised a right-to-reply for Yassmin and other writers, which you can watch on Yassmin’s Facebook page. (The live stream was filmed by Yen-Rong Wong, whose account of the dispute is also worth reading).

Our Science and Belonging event, presented by the State Library of Queensland for the Festival, was part of the library’s year-long theme of Belonging – an exploration of many different Queensland identities and experiences.

During the event, we were asked if we had deliberately chosen an all-women panel of experts. We hadn’t – we simply wanted outstanding practitioners of science and science-fiction – but we also acknowledged the importance of bringing together women, migrants, and Indigenous people as experts on a panel which was not “the token diversity panel”.

I’m proud that the Library and the Festival were able to deliver this special celebration of science and speculative fiction with a distinctive Queensland flavour. See more from Brisbane Writers Festival via the #bwf16 hashtag on Twitter.

This weekend, join me for two events at the Brisbane Writers Festival.

On Saturday 10th September at 4pm, I’ll be on the Rules of Engagement panel with Kate Pullinger and Caroline Heim, talking about the shifting relationships between institutions, artmakers, scientists, audiences, and participants.

Then, on Sunday 11th September at 11.30am, join Ellen Van Neerven, Maggie Hardy, Tamara Davis, and Maree Kimberley for Science and Belonging, a special presentation by the State Library of Queensland.

Instead of the usual panel discussion, we’ll be running a Beyond Panels session which maximises your chance to talk to our guests.

Find out more about Rules of Engagement and Science and Belonging at the Brisbane Writers Festival website. 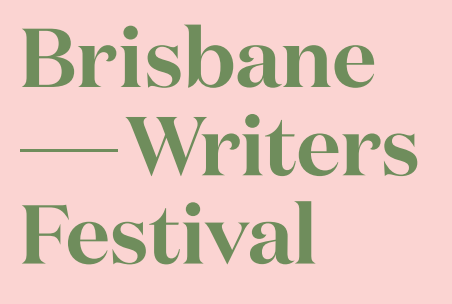 I’m appearing twice at the Brisbane Writers Festival this September.

The program is out today in papers across the city and you can see it online at the website of organisers UPLIT.

On Saturday 10th September from 4-5pm, I’ll be at Queensland Art Gallery speaking on “The Rules of Engagement“, a panel with Kate Pullinger and Caroline Keins exploring the changing ways that artists, institutions, and communities interact.

Then on Sunday 11th September, I’ll help a panel of scientists and science-fiction writers to explore science, imagination, and identity. Join Dr Maggie Hardy, Prof Tamara Davis, Ellen van Neerven, and Dr Maree Kimberley for “Science and Belonging“, which I’ll be moderating from 11.30am-12.30pm at The Parlour in the State Library of Queensland.

Find out more at the UPLIT / Brisbane Writers Festival website.